No one is gonna forget the terrible disaster happened on 8/8 of Taiwan. Typhoon is what a normal natural phenomenon which usually occures in Taiwan's Summer. We all supposed Maroc wasn't a special typhoon even the weather forecast of CNN indicated that Maroc probably could be a super typhoon. It rained continuously without the intention to give us a break.Then......we heard the news broadcasted the southern Taiwan was flooded, and what worsens is several villages in the mountain areas might be buried by mudflows and that might cause hundreds of people died.

I believe we are all the same that whenever watching the news of typhoon, we couldn't help tearing. Not only for the dying people , but also for the survivors who could be homeless and alive lonely. Now every sauce of help and donation are coming into the disaster area. There are many groups of volunteers willing to dedicate themselves to help the victims clearing up their houses. And I am so proud of  my little brother that he took part in the volunteer team. Although the period of helping isn't that long, I shall learn his passion and activity.

However, some politician talking programs try their best just want to find out who should be responsible for the happening of this disaster.  Even until now, it has passed more than 20 days after the flood, the programs still don't give up digging out who is the murder. I don't agree that's the most important issue should be discuss right now. So let's turn off the TV, do something meaningful. Maybe walking out to a 7-11 store and put your coins into the donation box. Or even the simplest action, pray for the people. 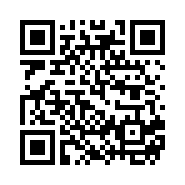